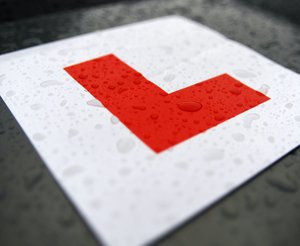 Driver and rider tests will be suspended from November 5 until December 2, 2020, to coincide with the second lockdown period in England.

In addition, the Driver and Vehicle Standards Agency (DVSA) has said that as well as examinations, driver training will be suspended over the same timeframe. It means that learners will be unable to book driving lessons with a certified instructor.

In a statement, it said: “Following the Government announcement on tougher national restrictions from Thursday, driver and rider training and tests will be suspended in England from 5 November until 2 December 2020." 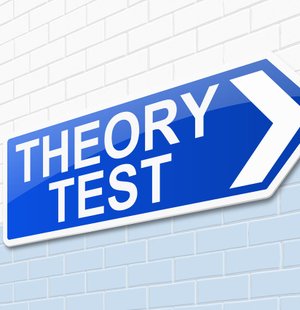 The DVSA is to bring in changes to the car driving theory test from Monday, September 28.

The updated part of the test is designed to make it more realistic and improve accessibility for all candidates.

Video clip scenarios will replace the written case study within the multiple-choice part of the current theory test. Candidates will be asked three questions based on the short video clip.

Currently, you have to read a case study and then answer 5 questions about it. 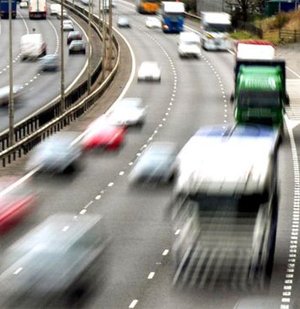 Speed limiting technology looks set to become mandatory for all vehicles sold in Europe from 2022, after new rules were provisionally agreed by the EU.

The Department for Transport said the system would also apply in the UK, despite Brexit.

Campaigners welcomed the move, saying it would save thousands of lives.

Road safety charity Brake called it a "landmark day", but the AA said "a little speed" helped with overtaking or joining motorways. 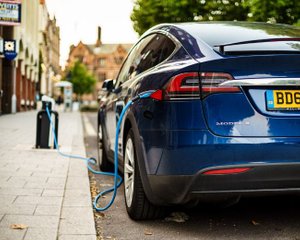 Tesla co-founder Elon Musk has announced plans to build a fully autonomous car that will sell for $25,000 (£19,600) during his self-proclaimed ‘Battery Day’ yesterday.

In a speech delivered in front of 240 shareholders, the eccentric CEO revealed new ‘tabless’ batteries that could drive the cost of electric vehicles down and in line with traditional diesel or petrol vehicles.

"This has always been our dream to make an affordable electric car," he said, claiming that it could become a reality by just 2023 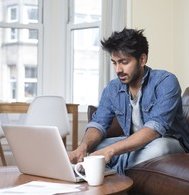 From Monday 14 September 2020, DVSA will extend the period in which tests are available from 6 weeks to 18 weeks ahead.

As well as making tests available to book 18 weeks ahead, DVSA plans to increase the number of car driving tests per day from 5 to 6.

DVSA can safely increase the number of tests a day as driving examiners are: 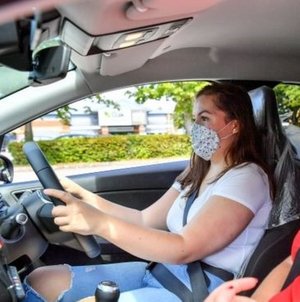 From today (Friday 21 August 2020), DVSA will be reopening the online booking service from 8am for everyone to book their driving tests.

This means anyone will be able to book a driving test in England and Wales.

Test centres in Scotland remain closed, except for motorcycle tests.

When candidates arrange a test, they will be able to see available appointments within the next 6 weeks.

The DVSA not taking bookings any further in advance at the moment. This is so they can react quickly to any changes in government guidance about coronavirus.

DVSA have comented that there has been an "unprecedented demand" and although there have been issues with their website they are working to fix the issue. 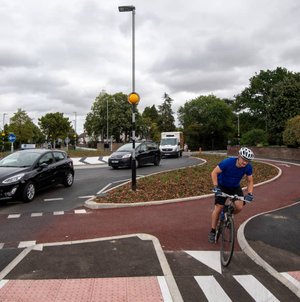 Cyclists have an outer ring on the roundabout, with cycle crossings over each of the four approach roads in a contrasting red surface.

Reduced lane widths on the roundabout and at exit and entry points have also been installed to encourage drivers to slow down.

The development comes after Cambridgeshire County Council said that the old roundabout near the city’s Addenbrooke’s Hospital “was perceived by many people to be dangerous to cycle around”. 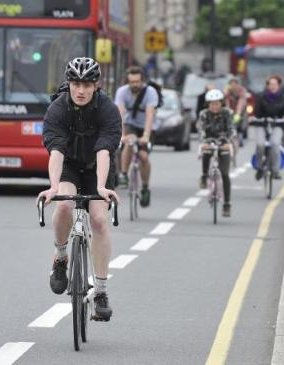 A consultation has been launched seeking your views on proposed changes to the Highway Code.

The review is being held by the Department for Transport, to improve safety for vulnerable road users, particularly the groups of:

The main changes being proposed are: 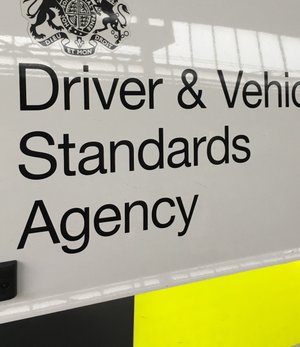 After a long wait driving tests start again today in England following a postponement due to the coronavirus..

A new "Covid safe" driving test will come into effect today and is open to everyone (Not just key workers), candidates will be required to wear face coverings during the test unless they have a medical reason not to. The candidates car interior will also be required to have been cleaned prior to the tests.

Examiners will be disinfecting the test car prior to the test as well as using plastic seat covers and wearing face coverings themselves. Other changes include the driving test now being concluded early if the candidate makes is a major or serious fault. This is to limit exposure time in the car. Test centre waiting rooms will also be closed with a requirement that candidates arrive no sooner than 5 minutes before the start of their driving tests. 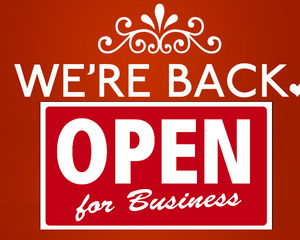 We are pleased to be able to announce that we are back and open for Driving lessons.

After over 100 days of lockdown Banstead School Of Motoring are back on the road and teaching again, both Manual and Automatic Drving Lessons. 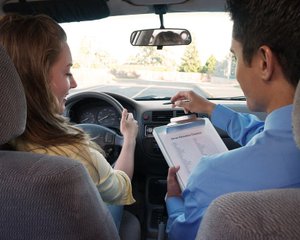 The Driver and Vehicle Standards Agency (DVSA) has announced that learners can resume driving lessons and motorcycle training in England from Saturday 4 July 2020.

The rule applies to all types of driver and motorcycle training in England, including private practice with someone you live with or in your support bubble.

Theory tests will restart in England on Saturday 4 July. The tests will take place with social distancing measures in place to help stop the spread of coronavirus.

Car driving tests will restart in England on Wednesday 22 July, which will give learner drivers time to have refresher lessons and practice before taking their test. 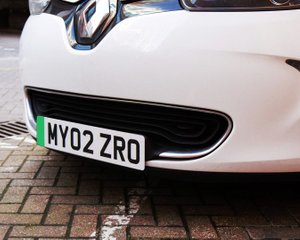 Number plate changes have been introduced to make it easier to identify electric cars which will help local authorities to put in place extra policies. Electric car owners could soon benefit from extra support such as cheaper parking costs and free entry into zero-emissions zone.

Introducing the green plates will help enforce these schemes as only cars with the new designs will be eligible for the rewards.

Hybrid vehicles will not be eligible for a green number plate and the extra benefits despite their reduced pollution levels.

The AA says the new number plate designs could become a “badge of honour” for some motorists proud of embracing the new technology. 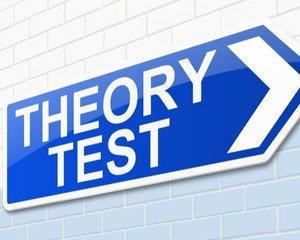 To help critical workers get an emergency theory test at a location that is more suitable to them, the DVSA will be opening an additional 25 theory test centres across the UK.

When applying for an emergency theory test online, candidates will be asked to select their 'preferred' test centre. Their theory test will then be booked at the nearest available centre if their preferred location is not available.

Theory tests for anyone who is not a key worker have been cancelled up to and including 30 May 2020. 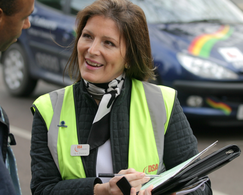 We are aware that some of our students have been given new driving test dates in June and July for the tests that were cancelled by the DVSA due to Corona Virus in March & April 2020.

We anticipate that it is possible thst these may be rescheduled again but are monitoring the situation closely.

We have reached out to the DVSA regarding this as students with test will require training in the run up to the tests themselves and are awaiting a response. 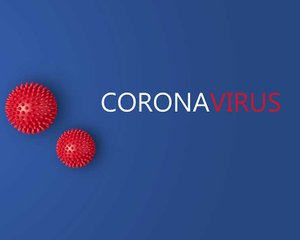 We are monitoring the current situation closely, At present the advice from the Driving and Vehicle Standards agency is still that driving instructors should not be teaching unless instructing a critical worker.

Practical and theory driving tests are still suspended at present.

We hope to restart lessons as soon as it is safe to do so.

Please feel free to reach out to us for any enquiries and future lessons as we are still here to respond to enquiries.

The Government has moved to exempt all cars, vans and motorcycles from needing an MOT test for six months from 30 March. Vehicles must be kept in a roadworthy condition, and garages will remain open for essential repair work. Drivers can be prosecuted if driving unsafe vehicles.

Legislation will be introduced on March 30 and will come into immediate effect for 12 months, following a short consultation with key organisations. Drivers will still need to get their vehicle tested until the new regulations come into place, if they need to use it. 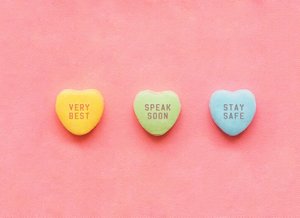 In line with DVSA guidelines on Corona Virus, We at Banstead School Of Motoring have made the decision suspending driving lessons.

The DVSA have advised that driving instructors should not be teaching at present and we completely suport this decision, We feel that it is the best interest of our instructors, our sutdents and public health that this is the right decision at the present time.

We hope to return to teaching as soon as possibe and we will keep you updated as and when further information arrives with us. 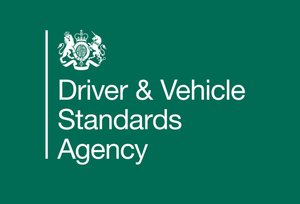 The DVSA have announced that they are closing Driving test centres and have suspended driving tests for up to 3 months due to the Corona Virus.

We are monitoring the situation closely. 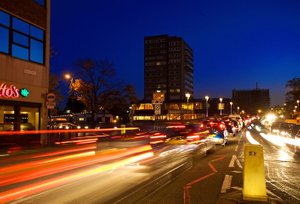 The DVSA is encouraging learner drivers to take lessons in the dark, in a bid to cut the ‘high proportion’ of night-time collisions involving young drivers.

Research shows that up to 100,000 candidates may be taking their driving test each year without having practised driving in the dark.

This is despite the fact that 35% of collisions involving young drivers between 2014-18 happened at night.

The DVSA is highlighting the issue as part of a new campaign – and is calling on learners to gain the ‘essential’ experience of driving in the dark, whether with their driving instructor or through private practice 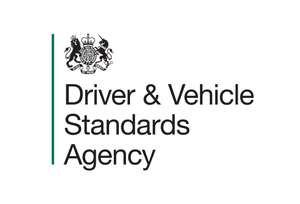 From 14 April 2020, the car theory test will be modified so that the case studies will be substituted with a short video clip and 3 multiple-choice questions based on the video.

This change will be introduced to make the theory test more accessible to people with reading difficulty, learning disability or developmental condition (like autism). 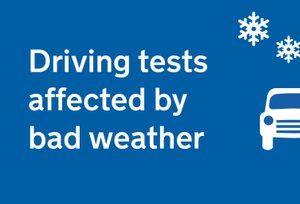 The DVSA are reporting that some driving tests are being effected due to bad weather around the country, this is mainly due to the heavy rain that some areas are experiencing.

More information is available on the DVSA test website and Twitter feed and we will be monitoring the situation for our students who have upcoming driving tests. 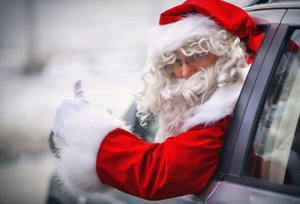 At Banstead School Of Motoring we'd like to wish eveyone a very Merry Christmas and a Happy New Year..

It's been an exciting ans scusessfull ear for us here at Banstead School Of Motoring. We wish all of our students current and forthcoming al of the best at this time. 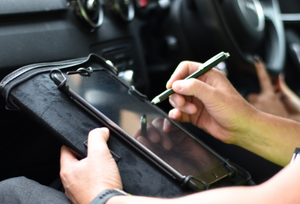 Driving examiners are using tablets to mark the driving test digitally as part of a phased roll out. A specially developed app is replacing the clipboard and pen.

Shifting to the paperless test report will mean learners will receive an electronic summary report of their test that they can review with their instructor, pass or fail, to discuss which areas of their driving could be further improved. 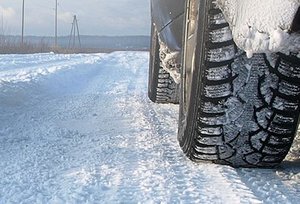 Driving in the ice and snow this winter.? Here's some great advice from the Met Office: 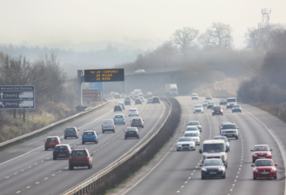 From January 2020, DVSA plans to survey newly qualified drivers to find out:

We do offer Motorway lessons at Banstead School Of Motoring, just ask one of our instructors for details. 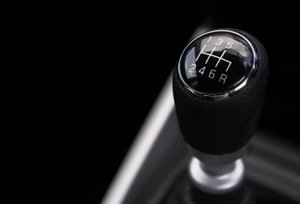 Should i learn to drive in a manual or Automatic Car? See this interesting article from Admiral Insurance.